The Faridpur Foundation › Reports › Plastic Surgery Camp March 2014 (Nigeria)
“ Even before we had actually started working a father and his child came to us. At a distance you could see that the child suffered from severe burns in the face and neck... „

This mission had a long preparation. In March 2013 our team was supposed to go to Nigeria, but due to turmoil related to the elections, the Dutch Embassy gave a negative travel advice. Fortunately there was no turmoil this year. The only stress was that our passports and visa supplied by the Nigerian authorities arrived just in time by express courier. On 15 March at five o’clock a.m. we went to Schiphol. Each member brought two suitcases with a maximum of 23 kilos with surgical equipment such as sterile gloves, drapes, stitching materials, ventilation-tubes, monitors, spinal needles for children, surgical materials, bandages and teddy bears and so on.

On the airport in Abuja we encountered a critical moment when the Customs Officers told us that from now on a they wanted an extensive list of the contents of all the suitcases. After a delay we were allowed to enter the country with the words that “times are changing, sir”. A nice thought to be passed on to the next mission group. In the van bumping along the dirt road to Mangu we finally realize: this is Nigeria.

After having explored the hospital terrain, I was struck by the cordial welcome and gratitude that we, and our local hero dr Spronk in particular, have arrived. Even before we had actually started working a father and his child came to us. At a distance you could see that the child suffered from severe burns in the face and neck. The next day they were one of our first patients for our screening, for which about 200 patients had registered. That day we registered a large number of patients for operations for the next nine days. When our programmes were booked full we had planned about 25 patients for the next mission in October 2014. 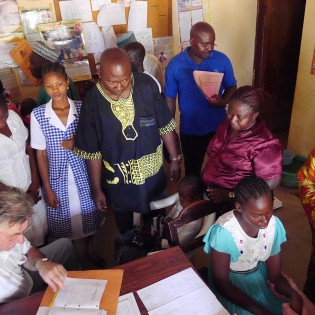 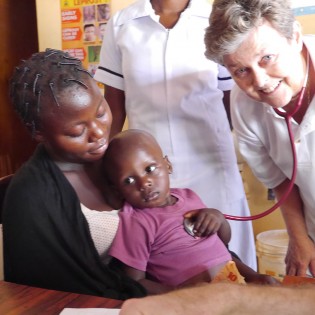 We saw many children and adults with burn contractures to arms, body or legs, but also many genital-urinaryproblems, such as ambiguous genitalia and hypospadias and congenital anomalies such as split lips or palate.

It was very rewarding to experience that despite our short stay in Nigeria we could contribute to long-term care. Many patients had returned after half a year for the next reconstruction operation. Thus we saw Ado, a sixteen-year-old girl whose face was maimed by burns. She already had a nose reconstruction in October 2013. Now she came to have her forehead slap cleft and to have an eyelid reconstruction. We were also able to work on an enormous contracture of the one hand she has with three fingers. So, we hope to have improved the quality of her life. 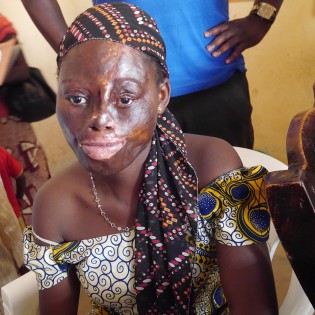 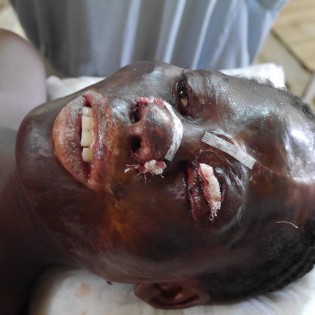 Saturday was planned for moving to the new location: the new operation rooms had been prepared during our absence. Unfortunately somewhere on the African shore there is a container with operation equipment waiting for bureaucratic approval. The material of the old operation rooms went to the new rooms, which are brightly lit, clean and spacious. Of course we still have to be very efficient with the materials that we work with. Everybody cooperated: the staff, the trainees, the local doctors and nurses. It was done in jiffy! 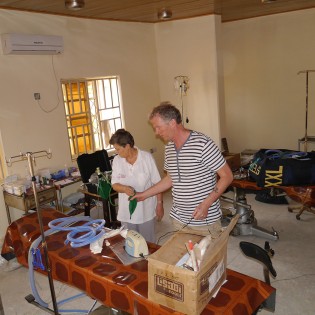 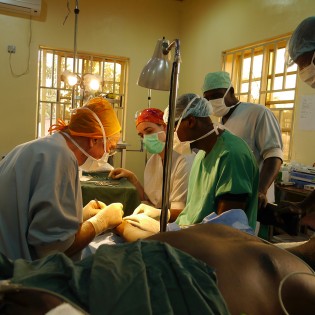 The day before the removal, was the day which we all dreaded: we were to operate “that special girl”. Her enormous burns in the face and the contracture of her neck made it hard for the anaesthesiologists, which we had explained her parents carefully. Fortunately the anaesthesia and operation caused no problems and the large defect could be covered with skin-transplants. 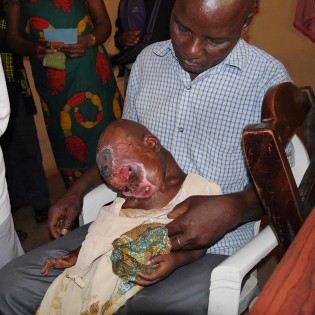 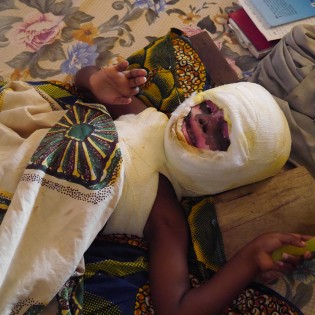 In the operation theatres we sometimes had worried viewers, which is not always recommendable in stressful situations. We patiently ask everybody to cooperate, which everybody does as workethics are high. This is good for the teambuilding. I am pleased that the local doctors are motivated to cooperate and to learn. I hope that we will convey knowledge and skills.

During this mission we operated upon 95 patients in nine days. Time flew and before we realized it properly we enjoyed the farewell dinner with the manager of the hospital and head nurses,who officially thanked us for our help in a sincere manner with so much positivism which moved me.
Our two weeks here were good: I have become enthusiastic about what we could do for the local people and patients and that we did it! This mission has been very important for my future. A confirmation that this work is good! I hope that I have been able to make this clear in this report. 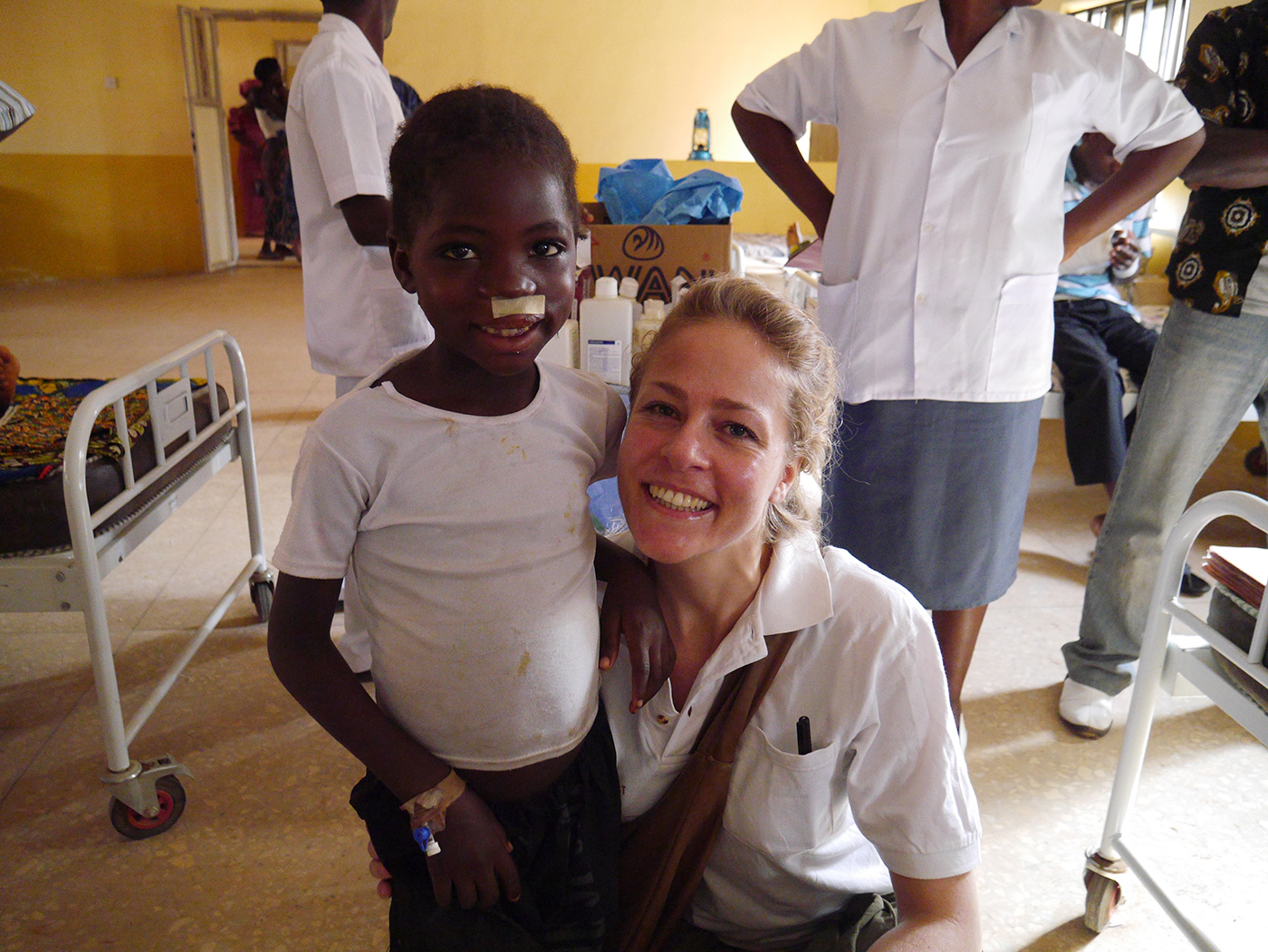