The district Faridpur,including the capital Faridpur,hasapproximately one million inhabitants. The district lies west of the river Patma. When traveling from Dhaka, the capital of Bangladesh, the only way to cross the riveris by ferry. Partly due to the lack of infrastructure, the district suffers from poverty.Many children in the area struggle to find ways to earn a living. And opportunities for education are scarce.

In 2003 we started preparations for achildren’s home. Open to all children, regardless of their religion. 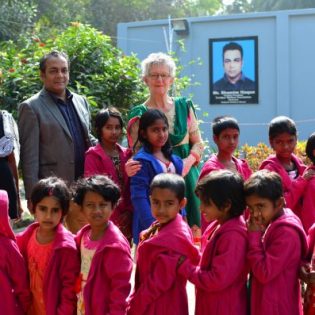 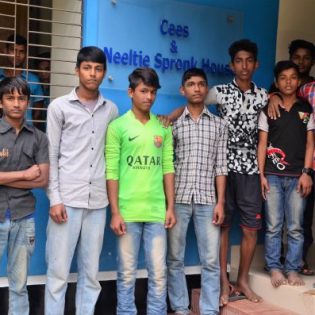 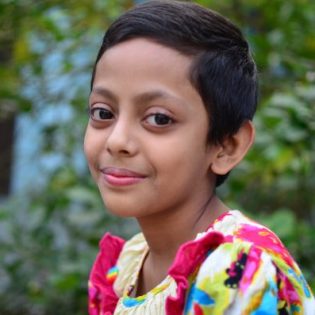 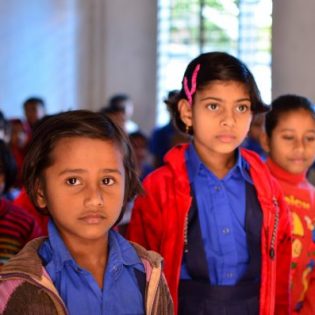 In 2004 the Faridpur Welfare Foundation bought 2 hectares of land to build the children’s home. The land was located about 15 kilometres from Faridpur. The complex was to be constructed of three buildings with three floors each. All floors consist of a living room,  two bedrooms, a bathroom with a toilet and shower and a separate room for the foster mothers.

In 2006 the first building was completed. In the presence of the first secretary to the Dutch Ambassador in Bangladesh, the children’s home was officially opened during the Plastic Surgery Camp 2006. On this occasion the name Holland Children House was revealed. 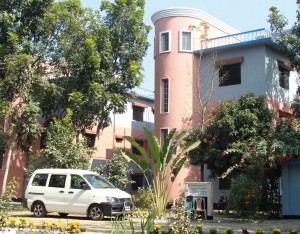 In 2008 the three buildings completed the complex. During the Plastic Surgery Camp 2008 the complex was officially opened in the presence of the many invited guests and the acting ambassador. Since then 100 children have found themselves a home in the Holland Children House. 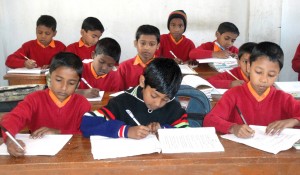 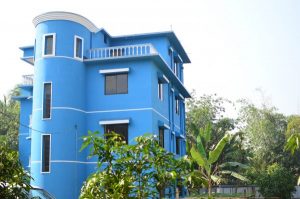 In 2010 we decided to build a forth building for boys. With the girls and boys growing into adolescence we felt the need to separate them and give them their own space. The building was financed by our foundation. Towards the end of 2011 construction started and in 2013 the boys were able to move into their new home. 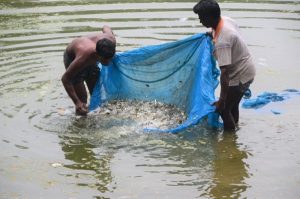 In front of the children’s home lies a large pond and a smaller fishing pond. The smaller is used as a source of food for the children. The larger pond is rented out for income. 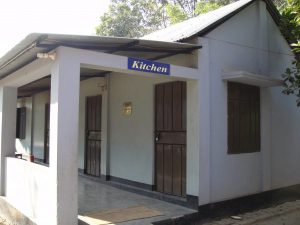 Thanks to a financial contribution from the Rotary from Oosterbeek we were able to finance a new and bigger kitchen. The ground in front of the kitchen is used as a vegetable patch.

The mothers and children tend to the vegetables together. 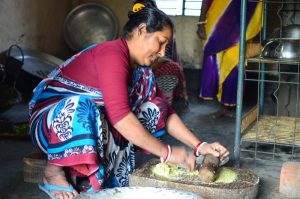 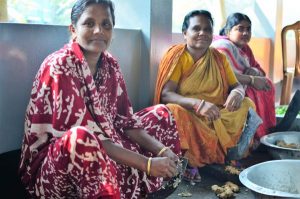 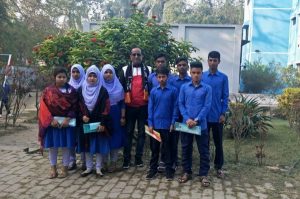 As the children grow older, they attenda school outside the Holland Children House at the Vocational Training Centre in Faridpur. Some also attend Secondary School. Nine of the children will soon be doing their exams at the Secondary School (2019). They are pictured with Manik, who is responsible for the Children’s Home.

To sponsor a child in the Holland Children House costs € 36,- per month. This includes education, primary and highschool. Faridpur contributes € 21,45 of this amount per month per child. That amounts to € 35.000,- per year. That is why we actively seek help from sponsors and donors for the children’s home under the motto: Help build a future for a child in Bangladesh.

“When we passed the gate, we entered an oasis after all the poverty that we had seen on our way. The buildings are tasteful and the terrain is clean, lined with trees and flowers. The children looked healthy, vivacious and happy. On the terrain there is a fishing pond with fish for their own consumption, a kitchen garden, some cows with a stable, chickens, bees and their honey, fruit trees with bananas and mangos, helping them to provide their own living. In short, everything looked its very best and attractive.” (From Jeltje Doeleman’s travelogue, member of the board 2011)

‘How happy the children are, whose life could easily have been livedon the streets or as orphans. Here in the Holland Children House they have a future and are raised by mothers and given guidance through life. I have enjoyed these beautiful children. Neeltje Spronk and I brought board games, we explained the instructions in all nine groups. How much fun we had! It was amazing to be part of their lives in this way. The children were excited to play with torches and balloons.

The children in the Holland Children House lead a privileged life in Bangladesh. We took a walk in Faridpur and a Hindu village where we saw true poverty. Most people and children live in huts made of waste materials. Emaciated cows wander the streets, where everything is covered in sand and dust. Waste is dumped everywhere, there are no waste lorries to pick up the waste. People wash their clothes in the river, where they also bathe themselves. Soon the monsoon will wash away a great part of the shacks and huts. Especially the ones that are not built on poles.

Traffic is chaotic. People travel by bus, tuc-tucs and rikshaws. Not by cars’. 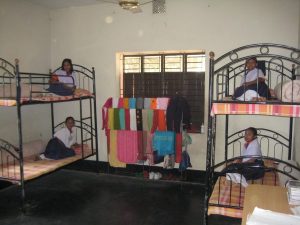